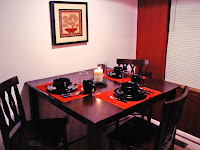 In my previous blog, written on Christmas day, I waxed eloquent about how our family had made our traditional Christmas brunch the still point in our changing world. I wrote about how our sons want the menu to be precisely the same as it has always been, and that though we were spending Christmas in a new locale nothing would change our brunch. I ventured to say that there was something virtuous and meaningful about all of this. I declared that some things never change. And I inserted a resounding "Hallelujah!"

The details are not necessary to make the point, but something happened that morning that caused all of us to recognize how life reshapes assumptions and priorities. The monkey bread was raising in the pan, and spilling beyond it. The casserole wasn't in the oven, the table wasn't set. Yet suddenly none of that mattered. Arriving like a sudden storm, the circumstances of life transformed our sense of what was truly important. And it wasn't a casserole, tasty though it may be.

The brunch was eventually served on Christmas day, but it became supper. The monkey bread raised to the point of overtaking the kitchen. We almost called out the National Guard. The bread burned, the casserole wasn't quite done, and not everyone was able to be at the table. It was the ruination of our Christmas tradition.

Or was it? I think not. That day we were reminded that the meaning of the season isn't in menus, rituals or traditions. It took the interruption of ritual, the postponement of tradition, for us to understand why they were so meaningful to us in the first place. The love and support of family, being there for each other in good times and bad, is the ingredient that makes this brunch significant, and perhaps even sacramental.

The burned, puffed-up monkey bread couldn't have been tastier. It was infused with love.

Some things have to change. Hallelujah!

Posted by GRANTaMUSEd at 7:54 PM 8 comments: 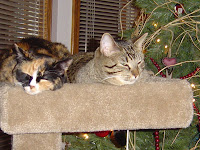 Despite this image of our cats at full holiday alert, today is a time for our family to do again what we have always done. Perhaps more than any other occasion Christmas is when repetition is not only accepted, it is seemingly required. The "reason for the season" is certainly nested in joy, hope, love, and peace--the quartet of Advent themes we revisit each year in scripture, carols, and homilies.

But these redemptive principles can be easily lost in the McMurray household if they are not accompanied by a Christmas morning regimen that includes a traditional family brunch. The menu is composed of a special casserole fixed on no other day but this one, a cup of eggnog, something we call monkey bread, and a glass of sparkling grape juice. Our sons insist that the menu must be unchanged. Did I mention they're 32 and 28?

This year our immediate family is spending the holiday in Lexington, Kentucky, where our oldest son, Jeff, now lives. We are accompanied by our other son, Brian, and his wife, Lyda. Everything is different about this Christmas. For years our extended family has met at our house for a Christmas Eve dinner. This year we had to move it back a week because of our Kentucky sojourn. As the family begins to birth a new generation it is becoming obvious that flexibility must be the rule.

But some things will remain unchanged. The Christmas brunch, its menu unaltered, will make its Kentucky debut in Lexington today. My wife Joyce sometimes feels the burden of having to prepare the brunch, beginning with the night before, especially when Christmas Eve has been busy with dinner, clean up, and last minute wrapping of presents. But I also know she quietly cherishes the importance our family places on a tradition she initiated many years ago.

We've had our ups and downs as a family. Like so many, we've struggled through some difficult and demanding times, particularly in recent years. It is remarkable, perhaps even miraculous, that the promised blessings of joy, hope, love, and peace arrive persistently for us in the form of a Christmas casserole served around a common table.

Posted by GRANTaMUSEd at 12:57 AM No comments:

Blogger, the program that hosts sites such as this, and saves many of us from the mind-numbing grief of HTML code, has just gone public with a new version. Seems only right that we should commemorate the occasion by tweaking the look of this page a bit.

It's all cosmetic. Nothing has really changed. Your humble blogger is just as erratic in his publishing frequency as before. His pet peeves continue to annoy him. His hardened opinions seem just as stubbornly compelling to him as always. His sense of humor sometimes arrives unbidden when it should instead be forbidden.

But life allows us to remake ourselves now and then, or at least it affords us the opportunity to create the illusion. It can get serious--some folks, for example, engage an expensive plastic surgeon in the quest to hold back aging, or rather the visible effects of aging. It's important for some, I guess, to look young in their coffin.

I'm not too worried about any of that. What will be will be.

But a little change in color, a different font, a rearrangement of the pieces? Maybe a minor freshening of the appearance here and there will spawn some fresh ideas worthy of our time and effort.

And if not, some of you who pass through here from time to time will at least be able to say, "Doesn't he look good? It's almost like he's just sleeping."

Posted by GRANTaMUSEd at 6:17 PM No comments:

Blogging the Road Ahead 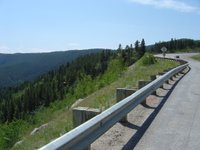 As some of you have pointed out, both online and offline, it's been a while since I've posted on the blog. I keep resisting a feeling of obligation when it comes to this tiny corner of the blogosphere, but still it comes, relentlessly at times. So, here are a few of the things rattling around in my mind these days--blog topics for the road ahead.

* The political upheaval after the November elections has been fascinating to watch. If you've read much of what I've written in this space you will know that I feel generally quite positive about the message sent to our government on November 7. Now we will have to see whether there will be a measured response to issues of war and peace, power and privilege, ethics and corruption.

* My current hero is Michael J. Fox. I'm going to write in future days about stem cell research, which is kind of personal for me. Watching Fox, his body twitching and jerking involuntarily, standing up to the idiocy of Rush Limbaugh was profoundly inspiring.

* The intersection of faith, culture, and public policy, a favorite topic of mine, is taking some fascinating turns. A Muslim congressman wanting to be sworn in with his hand on the Koran. The Democrats inviting Jim Wallis, an evangelical and social activist, to give their party's weekly radio address. The rising fortunes of Barack Hussein Obama as a viable presidential candidate. The stumbling of the religious right and the emergence of a new religious coalition on the American political scene. It's kind of exhilarating.

* My sons encouraged me to go see the film, Borat. Now that was an experience worth some pondering.

* Thanksgiving flows into Christmas. It's that season when grim realities often get turned upside down, when despair is sometimes transformed into hope, and when new beginnings, whether religious or secular, are birthed in a manger, whether literal or metaphorical. Joy, hope, love, and peace--not a bad agenda, eh?

Lots to talk about in the months ahead. Any other ideas you who share this space would like to pursue on the road ahead?

Posted by GRANTaMUSEd at 8:48 AM 3 comments: 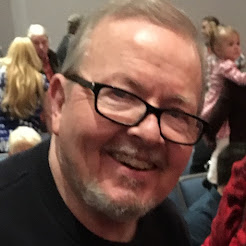